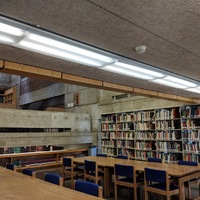 Each exhibit is developed by a unique team of Framingham State librarians, faculty, staff, and students.

If you are interested in teaching with Digital Exibits @ Framingham State University, see our Omeka in the Classroom guide.

This site documents FSU's 2016 Teach-in on topics related to the #blacklivesmatter movement.

Welcome to American Book Publishers, 1865-1920, a resource and finding aid for U.S. literary publishing in the late nineteenth century.

On December 15, 2014, approximately 40 Framingham State University students led a protest march across campus. Students also demonstrated to show solidarity with the national #blacklivesmatter movement. The student protest was sparked by bias incidents that occurred on campus. Students chanted and marched on the lawns of the Henry Whittemore Library, Residence Life, May Hall and the Dwight Hall buildings. The group demanded from the administration a review of how bias incidents were handled on campus. Members of the group met with administrators. As a result of their efforts, a new Bias Protocol and Response team was formed to review existing policies.

The protest march and the formation of the Bias Response and Protocol team were covered by the student newspaper The Gatepost.

On Tuesday October 31st, 2017 student activists organized a campus-wide walkout after three racist hate crimes occurred in a residence hall. Over 250 members of the FSU community, including students, faculty, and staff gathered to march through campus and demand action from administrators. An article from The Gatepost, as well as photos of the event are presented here.

Documents and results of the Framingham State University Food Study can be found in this exhibit.

A collection of past Framingham State graduation programs

In Spring of 2019, Framingham State University students, faculty, and staff lined the walls of the McCarthy Center building on campus with messages of optimism and rejection of a racially-charged incident earlier in the semester.

A project of HSTY 360 (Media and Communications in American History), Fall 2019

This is a student collection of materials related to Covid.

The World Culture Collecting Event was a part of an ongoing effort by the Henry Whittemore library to create a space for the objects and materials that define this community to be shared.